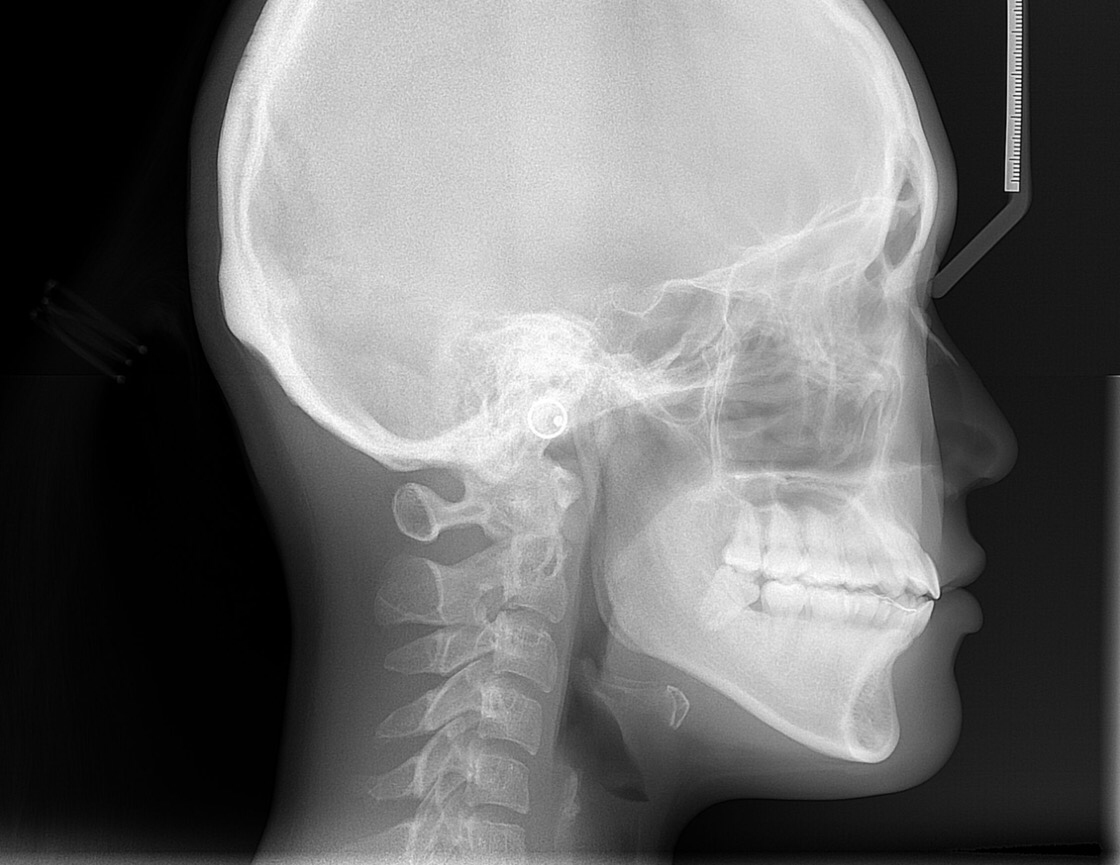 Interest in measuring the human form and skull has been around for millennia. The history of cephalometric analysis stems from Egyptian and Greek attempts at human body measurement (anthropometrics).

4000 (BC) Egyptians: Canon of Proportions was a mathematical system developed to give idealistic proportions to the human form. Artistic forms were generated using a grid system.

* Although not strictly related to cephalometric contributions, attempts down through time have been made to qualify and quantify the human form by type. * 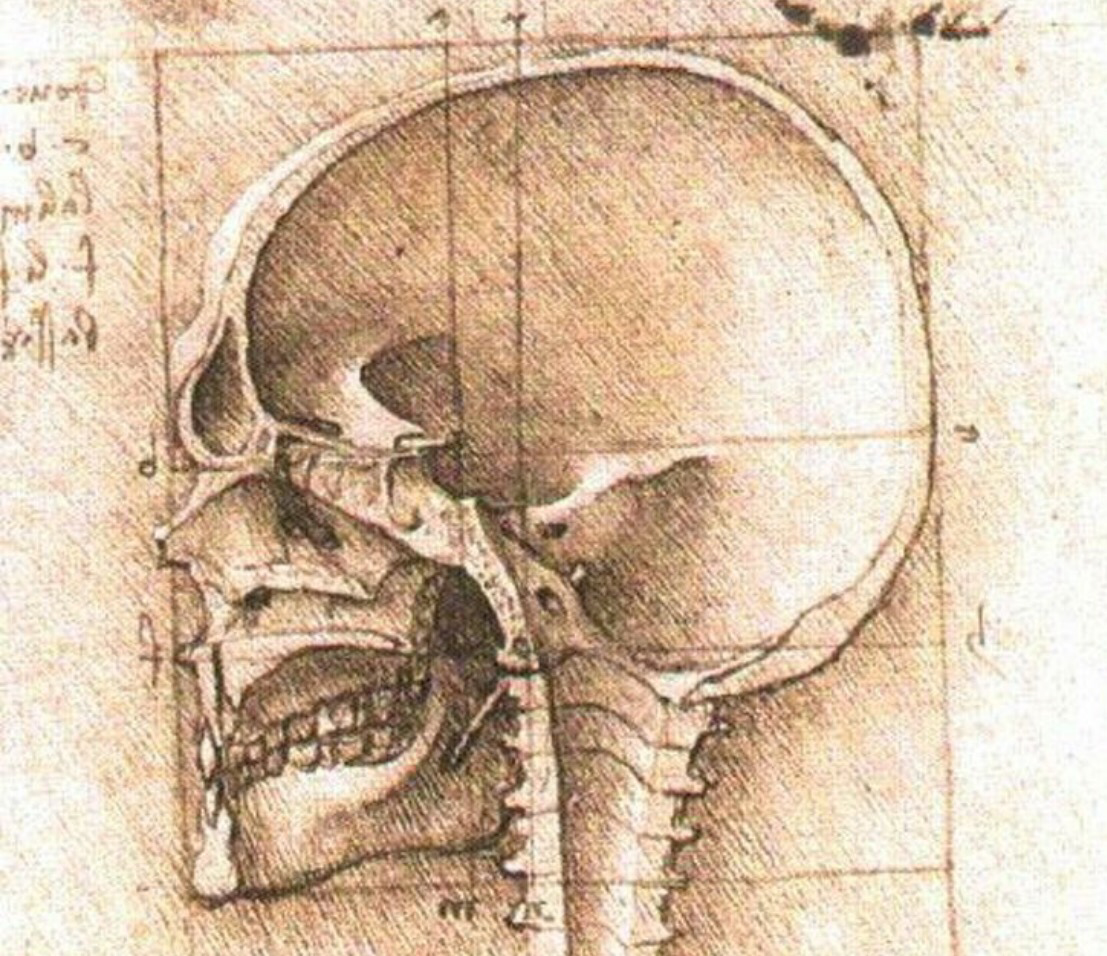 Kingsley and Farrar are credited with being the “Fathers of Orthodontics”. Both wrote definitive books on orthodontics during the late 1800s.

Edward Angle was a paramount figure in orthodontics. His work in the early part of the twentieth century remains an influence in present day orthodontics.

(1895) Roentgen discovered X-rays in 1895 and submitted the paper, “On a New kind of Rays, a Preliminary Communication”. The following year Koening and Walkhoff simultaneously made the first dental X-ray of a tooth.

(1922) AJ Pacini is credited with making the first standard lateral view radiograph in 1922.

(1922-1931) During this period, various researchers reported on the use of radiographs in the practice of orthodontics. These contributions included the discovery of new radiographic landmarks and various attempts to incorporate and improve methods of diagnostic measurement including attempts to obtain a standardized practical method for obtaining radiographs.

(1931) Holly Broadbent along with Todd Wingate (United States), H. Hofrath (Germany) simultaneously developed the cephalostat. Broadbent occupies a special place in the evolution of cephalometrics as many of his principles and ideas have been accepted practice since their inception. Broadbent used a metric scale and reproducible head positioning of the cephalostat to eliminate the problems associated with previous unstandardized radiographic analysis.

(1937-1947) Much of the evolution of cephalometric analysis during this period was associated with investigating the craniofacial growth factors affecting orthodontic treatment (down and forward, Brodie 1941) and other factors relating to the dentation in its relationship to various craniofacial factors, (Margolis 1943, inclination of incisors).

Initially, cephalometric analysis was performed manually using acetate tracing paper and a lighted view box. Tracings of pertinent diagnostic lines using established orthodontic anatomical landmarks were drawn using a #3 lead pencil. This method of performing an analysis brings in problems of accurate analysis due to human error and differences of experience and expertise of the analyst.

(1960s) The proposition of digitalized radiographs as a vehicle for cephalometric analysis came into play and technologies have evolved since that time to make the process faster, easier and more accurate. Types of digital radiographs include:

(1971) First used in the United Kingdom. Technology improvements included reduction in time for the procedure due to increased number of slices produced in the same rotational period and increases in image size. Other imaging modalities followed.

Initial dental use of CT was necessarily restricted due to the size and expense of the equipment. However, this technology was the basis and cornerstone of today’s use of CBCT in the science of cephalometric analysis.

(1995) Tacconi and Mazzo develop a system to utilize CBCT technology for dental purposes.

(2001) CBCT was first introduced in the United States after the “New Tom 9000” machine was approved by the FDA. Using a cone beam rather than a fan beam along with other innovations allowed the equipment for CBCT to be reduced in size enough to be installed in the average dental setting and at a (comparably) affordable price.

(2007-present) Competition has resulted in different brands of CBCT machines offering their own design, branding advantages, etc. Most often these differences are related to field of view (FOV) and improvements in image resolution.

Founded in 2001, the online company Cephx has been at the forefront of developments in CBCT cephalometric analysis rendering technology. These developments in technology allow Cephx to provide orthodontists and other dental practitioners with cutting edge solutions regarding analyses, cloud storage and patient records management.

X
This website uses cookies. Learn more
Disclaimer: Cephx AI based cephalometric analysis SERVICE is not FDA cleared for marketing in the US.
I understand and agree