Cephalometry has existed in the orthodontic field since 1922 when Paccini published the first paper about the cephalogram, a method of assessing the relationship of craniofacial and dental structures on radiograph which are taken and produced in a standardized manner.

However, the introduction and popularity into the field in the US didn’t take place until 1931 when Broadbent introduced an article titled “A new X-Ray technique and its application to orthodontia.” The first clinical application of the cephalogram, took place later in 1948 by Downs.

For Down’s clinical application the patient is placed in a cephalostat, this positions the patient so their head is oriented 90 degrees to the X-Ray beam 5 ft from the tube. The film is then placed 15 inches from the head. These are now standards under which all cephalometric radiographs are taken worldwide. This ensures the radiographs taken at different centers are easy to make comparisons.

Once the film is produced it’s then traced and the necessary standard landmarks, lines, and angles are measured and recorded. Now that you have the lines, landmarks, and angles for the patient it allows for an easier comparison with the normal values for a population and assessment of growth and the effects of treatment. In order to trace the image you need a light box and a dark room, without these conditions you won’t be able to properly make out all of the landmarks.

The main aims of cephalometric analysis in orthodontics is to enable the identification process of cephalometric points and planes that are typically used in orthodontic diagnosis and treatment planning, and to trace the lateral skull radiograph. The analysis attempts to evaluate relationships; both horizontal and vertical of 5 major functional components of the face. These components consist of the cranial base, the maxilla, the mandible, the maxillary, and the mandibular dentoalveolus.

The analysis utilizes cephalometric tracing by first describing the patient’s dentofacial morphology. This should include a quantitative description of the morphological deviations. Including both skeletal and dental horizontal and vertical measurements, and angles. These are then compared to the normal standard tracing to see any abnormalities from the ‘ideal.’

The analysis can also be utilized to make diagnostic and treatment planning decisions, and evaluate change over time. When you reconsider the tracings in a longitudinal setting you can reassure the effectiveness of treatment and keep an eye on growth processes.

Today, there’s a lot more technicalities involved and tools like CephX have innovated software platforms that stores all of your analyses and tracing in the cloud. Once you upload the ceph into your account it’s available within two days for you to upload, print, and trace on. With simple storage in the cloud you can easily track the progress and growth of all of your clients. 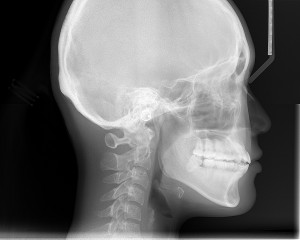